Here’s a small slice of life from America in late August 2020. END_OF_DOCUMENT_TOKEN_TO_BE_REPLACED

I thought my non-American readers might appreciate a (decidedly non-expert) brief outline of US law on presidential elections, in light of President Trump’s unprecedented suggestion that he might seek to delay the US presidential election—an idea so outlandish that when the presumptive Democratic nominee, Joseph Biden, suggested Trump might try it, provoked outraged claims of scaremongering from the right. Let’s start with the basics: when must the election be held? END_OF_DOCUMENT_TOKEN_TO_BE_REPLACED

Continue ReadingSome Background On The Law Of Presidential Elections 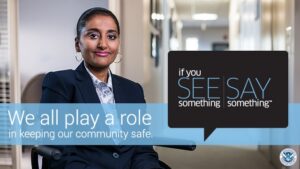 I want to put the saying to another use today. We’ve all read about Donald Trump’s recent outrageous statements. END_OF_DOCUMENT_TOKEN_TO_BE_REPLACED

Continue ReadingSee Something, Say Something: Letters Blogatory on Trump

As a citizen of Massachusetts and someone who pays attention to politics in the Commonwealth, I’ve had my eyes on Mitt Romney for a long time. After his turn in the private sector and his work with the Salt Lake City Olympics, he had a moderately successful term as governor of Massachusetts in the early 2000s. He was a classic New England Republican, focusing on balancing the budget, enacting what were then thought of as Republican ideas for achieving universal healthcare coverage in the Commonwealth (the basic idea later became known as Obamacare and therefore became anathema to the Republican Party), and appointing technocrats rather than ideologues to head the departments of government. Later, his national political ambitions got the better of him, and he became infinitely malleable in the way that presidential candidates often do. Yes he was a little odd—he would talk about how much he loved “sport,” he took a cross-country trip with the loyal family dog riding in a carrier on top of the car, and he once said, “I’m not suggesting for a moment you don’t have a wonderful and warm relationship with your family and your grandchildren in these open-space areas” that, as Jon Stewart said, ordinary human beings call “parks.” And he was no match for the deeply thoughtful and eloquent Barack Obama in the 2012 election. But no one ever doubted that he was a fundamentally decent and public-spirited person and a good family man.1 END_OF_DOCUMENT_TOKEN_TO_BE_REPLACED I called for Donald Trump’s impeachment and removal from office more than a year ago and I haven’t written many political posts since then. Once you’ve said the President should be impeached, there’s not much room left! But last week’s news seems so consequential that I think another post is in order. I am not going to review the facts as we know them—plenty of others are doing that better than I could. Instead, I want to offer two thoughts about what comes next, after Trump. END_OF_DOCUMENT_TOKEN_TO_BE_REPLACED

Everything about the story of Representatives Omar and Tlaib’s aborted visit to Israel is terrible. No one in the whole affair has acted well. And the political motive for the whole fiasco—Donald Trump’s attempt to drive American Jews into the arms of the Republican Party—is so venal, so transparent, and, I hope, so doomed to failure that it makes me despair. END_OF_DOCUMENT_TOKEN_TO_BE_REPLACED

I remember the impeachment of President Clinton in 1998. I had just started law school. I was basically a supporter of the President’s political agenda—I had voted for him twice. And I did not like what I saw as the overreach of the Independent Counsel, Ken Starr. Starr had been appointed to investigate the Whitewater scandal, and yet at the end of the day the main point of the articles of impeachment was that the President had lied under oath about his relationship with Monica Lewinsky. And yet I was persuaded that the impeachment, no matter how tacky, tawdry, politically motivated, and inappropriate, was right. Lying under oath—perjury—is a serious crime, after all. We can’t have a perjurer as president. This is America! END_OF_DOCUMENT_TOKEN_TO_BE_REPLACED

Continue ReadingI Was A Sucker