The Emergency Declaration: It’s About Character

As you no doubt know, President Trump signed an emergency declaration on Friday that, he says, allows him to divert money Congress appropriated for other purposes and use it to pay for his wall on the southern border. I have thoughts about the legality of the declaration, but I am not going to discuss the legalities here. I have thoughts, too about the rationality of the President’s approach, which boil down to this: it is pointless to try to make rational sense of his approach to the wall he wants to build. Leave aside the fact that no serious person thinks that there is a real crisis at the border, at least relative to the past, when levels of illegal immigration were much higher, and leaving aside the self-made crisis the President himself has created through his policies on family separation, refusal to allow aliens to request asylum at ports of entry, etc. If, as the President claims, he has the power to ignore Congress and spend money to build the wall without an appropriation, why was he so insistent on his $5 billion figure that he was willing to shut down the government when Congress refused to appropriate that amount? Why insist on any particular amount if he had the ability and the will to declare an emergency anyway? Nothing President Trump does can be judged through an ordinary lens of rationality.

But this post isn’t about the rationality of the president’s approach, either. Instead, it’s about the politics of it. As many pundits have been saying, Trump is not the first president to declare an emergency. But his act is clearly different in kind from anything that has gone before. What’s going on? 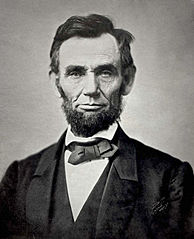 Long before Congress passed the National Emergencies Act, presidents have been exercising emergency powers seemingly at odds with the Constitution. Our greatest president, Abraham Lincoln, whose birthday we sort of celebrate today, suspended the writ of habeas corpus without Congress’s approval at the beginning of the Civil War, in light of the precarious position of the District of Columbia given Maryland’s secessionist leanings, and he ignored Justice Taney’s opinion, in Ex parte Merryman, holding that only Congress has the power to suspend the writ. Congress later approved the President’s act, but even without Congress’s approval, history has looked kindly on Lincoln. Why? He was the President who, at the outset of the war, said to his “dissatisfied fellow countrymen”:

You have no oath registered in heaven to destroy the Government, while I shall have the most solemn one to “preserve, protect, and defend it.”

No one who reads Lincoln and who has studied him can really doubt that he was sincerely acting from the highest of motives. His whole public career testifies to his good faith and his adherence to the rule of law. Why did Lincoln say, in the same speech: “I have no purpose, directly or indirectly, to interfere with the institution of slavery in the States where it exists. I believe I have no lawful right to do so, and I have no inclination to do so?” Because he was committed to the Constitution and he believed that the Constitution did not allow him to interfere with the institution of slavery, no matter his personal views. Why did Lincoln emancipate only the slaves in the rebellious states in 1863? Because he believed that the measure could be justified as a military necessity but that a similar measure in the slaveholding areas that remained loyal to the Union could not be thus justified. In short, Lincoln revered the Union and violated its Constitution only as an emergency war measure, in order to save it. As he wrote to Horace Greeley: Not everyone can be a Lincoln, and in modern times, the presidents who have invoked emergency powers have not generally had the wisdom or eloquence of Lincoln. We all remember 9/11. On September 12, we knew that we were at war with somebody, and President Bush’s declaration of a national emergency was plainly justified. But modern presidents also declare emergencies in the foreign policy arena when the issues they confront, though no doubt serious, don’t really seem to be emergencies. I’ve chosen at random Executive Order 13047, in which President Clinton declared, following the Burmese government’s “large-scale repression of the democratic opposition,” that “the actions and policies of the Government of Burma constitute an unusual and extraordinary threat to the national security and foreign policy of the United States” and imposed sanctions. The situation in Burma hardly seemed so critical that the President had no time to consult with Congress, but at least in his public remarks and the in the executive order the President discussed the matter as a grave threat to the country, and there was no question that he was acting in what he thought was the country’s best interest, even though we can note the Presidency’s ever-increasing power in the area of foreign affairs, and Congress’s and the Judiciary’s acquiescence, over the decades since World War II—some of us with approval and some with disapproval.

Now contrast President Trump. As I have said, not everyone can be a Lincoln, but we all have had years now of observing President Trump, measuring his character, and evaluating his fitness. I am not going to link to all my prior posts on Donald Trump, but suffice it to say that for years now I have been pointing to his lack of character and temperamental unfitness for public office. No one can listen to the President speak on this or any other topic and believe he is acting in good faith, out of the highest motives, and in order to honor his oath of office. That’s just not who he is. I defy anyone to say that the President is justifying his actions to himself by pointing to the oath he has registered in heaven. I defy anyone to say that he has is somehow trying to advance the interests of the country rather than his own political interests, because as I said at the outset, his actions make no rational sense if viewed in that light.

In short, it seems to me that whether the American people should approve of a president exercising the kind of power Donald Trump has just exercised depends on the people’s view of his character and fitness. We have historically been willing to give presidents a lot of leeway if we think they are acting out of the highest motives in the interests of the nation. The question now is: are we willing to give that leeway when it is apparent to all that the president is not acting out of the highest motives and acting in his own personal interest rather than the public’s interest?

I hope my guess is wrong, but based on our experience the past two years, my best guess is that the Republican Party is going to line up behind the President on this. The Republican Party—the party of limited government, the party that has always stressed the importance of character, the party that thinks of itself as strong on national defense—is going to allow a president to take money from military projects for which Congress has appropriated money and spend it on a foolish project that serves only the President’s own political agenda, not the needs of the country.

President Trump and his enablers in Congress are to blame, but so, too, are we, the American people. Donald Trump didn’t come out of nowhere. His character is reflective of something in our character, as is the GOP’s fearful servility. There may be a Congressional vote of disapproval, there may be lawsuits, but the real answer to our awful politics today is for us to be people of better character and to elect people of better character to represent us.