Season 2 of the excellent podcast, Serial, featured the story of Sgt. Bowe Bergdahl, the American soldier who walked away from his post in Afghanistan, was captured and held for about five years by the Taliban before being released in a prisoner exchange. He is to be tried by a general court martial on charges of desertion and misbehavior before the enemy. For a good explanation of the case from military law experts, you may want to read CAAFLog’s coverage, and in particular, a recent article explaining some of the behind-the-scenes aspects of the Army’s charging decision.

The creator of Serial, Sarah Koenig, did much of the reporting for the show, but the interviews with Sgt. Bergdahl were done by Mark Boal, a journalist and film producer. The government has told Boal that it intends to serve a subpoena on him seeking the unedited audio recordings of his interviews with Sgt. Bergdahl, which, according to the show, amounted to about 25 hours of tape. Rather than seeking to quash the subpoena once issued, Boal has brought an action seeking a writ of mandamus and an injunction to prevent issuance or enforcement of the subpoena. I think there are probably some thorny procedural issues with the way Boal has decided to proceed, but I want to ignore all that and skip right to the underlying substantive issue.

Boal asserts a First Amendment privilege as a reporter to keep the recordings confidential (even though long portions were played on the air). Sound familiar? Remember the Belfast Project case? Researchers led by Anthony McIntyre and Ed Moloney interviewed former combatants from the Troubles in Northern Ireland after giving them assurances of confidentiality until after their deaths. The interviews were housed at the Boston College library. One of the interviewees, Dolours Price, revealed the existence of the archive in a press interview, and the Northern Irish authorities made requests for the material via the US/UK mutual legal assistance treaty. McIntryre and Moloney, and BC itself, sought to quash the subpoenas, arguing, among other things, a First Amendment oral historian’s privilege. The courts were unmoved, and after lengthy proceedings, including a petition to the US Supreme Court, BC produced material to the UK authorities.

It seems to me that Boal’s case is a much weaker version of the Belfast Project case. Why weaker? In the Belfast Project case, the claim was that the researchers had promised confidentiality to the interviewees, who had relied on that promise in deciding to speak candidly, and that nothing they said—even their identities—should be disclosed. Here, as far as I can tell, there is no allegation of a promise of confidentiality (though the complaint says “it was clear” that “portions” of the interviews were to remain confidential), no allegation that Bergdahl was not speaking on the record, and no question about keeping Bergdahl’s identity secret.

I argued that the researchers ought to lose, and they did lose. There were some countervailing concerns in the Belfast Project case: there were promises of confidentiality, albeit misguided promises; the project had not selectively published parts of the interviews; the project had significant historical interest. None of these concerns seem to exist here. It seems clear that Bergdahl was speaking on the record. Boal published much of the material. So what is the policy that supports a privilege here, even leaving aside the law, which in my view makes it pretty clear that there is no constitutional reporter’s privilege? (If you want to read an explanation of this view, I I quote In re Grand Jury Subpoena, 438 F.3d 1141 (D.C. Cir. 2006) at length in a prior post). 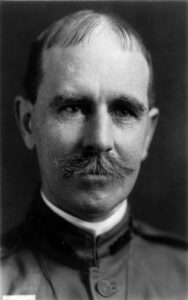 Here is an excerpt from Wigmore on Evidence that I’ve quoted before:

For more than three centuries it has now been recognized as a fundamental maxim that the public (in the words sanctioned by Lord Hardwicke) has a right to every man’s evidence. When we come to examine the various claims of exemption, we start with the primary assumption that there is a general duty to give what testimony one is capable of giving and that any exemptions which may exist are distinctly exceptional, being so many derogations from a positive general rule.

In general, then, the mere fact that a communication was made in express confidence, or in the implied confidence of a confidential relation, does not create a privilege. This common law rule is not questioned today. No pledge of privacy nor oath of secrecy can avail against demand for the truth in a court of justice.

It is difficult to understand why someone under investigation for serious crimes would ever speak to a reporter on tape. If the suspect spoke to a reporter, it is difficult to understand why he would agree to broadcasts of portions of the tape. But having done these things, it seems crazy to me that the reporter would assert a privilege in a criminal case. Boal should lose, and I predict that he will lose.