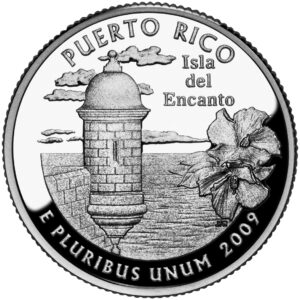 The case of the day is Puerto Rico v. Sánches Valle (S. Ct. 2016). I wrote about the case back in January. The issue is interesting: Sánches Valle was indicted by both a federal grand jury and by Puerto Rico prosecutors on gun trafficking charges. He pleaded guilty to the federal indictment and then moved to dismiss the Puerto Rico indictment on double jeopardy grounds. (For foreign readers, the Fifth Amendment to the US Constitution provides: “nor shall any person be subject for the same offense to be twice put in jeopardy of life or limb”). The main rule in this area is the so-called “dual sovereignty doctrine.” A single “sovereign” cannot put a defendant in jeopardy twice on the same charge, but separate “sovereigns”—for example, the United States and Massachusetts—can.


I put “sovereign” in quotes because “sovereignty,” in this context, does not mean Hobbes’s Leviathan or even sovereignty à la Bodin. As Justice Kagan wrote in today’s case, the question of sovereignty is “whether the prosecutorial powers of the two juris­dictions have independent origins—or, said conversely, whether those powers derive from the same ultimate source.”

Given this test, it was obvious to the Court, in a 6-2 decision (Justices Breyer and Sotomayor dissented), that Puerto Rico and the United States are not separate “sovereigns.” Yes, Puerto Rico has its own constitution. But it was a federal statute, enacted pursuant to the Territory Clause, that authorized the people of Puerto Rico to enact a constitution. So in the historical sense that the Court held mattered, Congress was the ultimate source of the power under which Sánches Valle was to be prosecuted.

There’s a real problem with this view, which Justice Kagan addressed in a footnote and which the dissent picked up on. The thirteen original states existed before the United States existed. Indeed, our constitution here in Massachusetts is older than the United States constitution. So in the historical sense, the thirteen original states obviously did not derive their powers of government from the United States. Perhaps that could be true of a few other states (I have Texas in mind) that were independent before they joined the Union. But in general, the states other than the original thirteen were formed out of territories over which Congress exercised plenary power. If Puerto Rico is not a separate sovereign for double jeopardy purposes, why are these states separate sovereigns? Here was Justice Kagan’s explanation:

Literalists might object that only the original 13 States can claim such an independent source of authority; for the other 37, Congress played some role in establishing them as territories, authorizing or approving their constitutions, or (at the least) admitting them to the And indeed, that is the tack the dissent takes. But this Court long ago made clear that a new State, upon entry, necessarily becomes vested with all the legal characteristics and capabilities of the first 13. That principle of “equal footing,” we have held, is essential to ensure that the nation remains “a union of States [alike] in power, dignity and authority, each competent to exert that residuum of sovereignty not delegated to the United States.” Thus, each later-admitted State exercises its authority to enact and enforce criminal laws by virtue not of congressional grace, but of the independent powers that its earliest counterparts both brought to the Union and chose to maintain. The dissent’s contrary view—that, say, Texas’s or California’s powers (including the power to make and enforce criminal law) derive from the Federal Government—contradicts the most fundamental conceptual premises of our constitutional order, indeed the very bedrock of our Union.

I’m pretty sure the outcome of the case is right given the current doctrine, though I think the dual-sovereignty model is difficult to justify. Perhaps, as Justice Ginsburg (joined by Justice Thomas) suggested in her concurrence, it is time to revisit the whole doctrine: is it sensible to allow the states and the federal government to try a defendant for the same crime? Maybe the time has come for a broader reexamination.

No doubt the headline from the case: “Puerto Rico is not a sovereign,” will cause a reaction in Puerto Rico. A careful reading of the Court’s opinion, though, should dampen any unhappiness. “Sovereign” here means something very particular. We’ll have to see whether the Puerto Rican people see things that way. The Governor clearly does not: he apparently intends to take his grievance to the U.N. Special Committee on Decolonization.