The Judgments Convention: In America’s Interest

President Obama gave a speech last week at the Air Force Academy that reminded listeners of the importance of treaties in the national interest. In addition to remarks about well-known treaties in areas like defense and the law of the sea, he had this to say about lesser-known treaties that help facilitate everyday life and commerce:

We don’t always realize it, but treaties help make a lot of things in our lives possible that we take for granted—from international phone calls to mail. Those are good things. Those are not a threat to our sovereignty. I think we can all agree on that.

He also noted the importance of treaties to the national interest of a great power like the United States in which some like to think we can simply have our way by fiat, in perpetuity:

And we lead not by dictating to other nations, but by working with them as partners; by treating other countries and their peoples with respect, not by lecturing them. This isn’t just the right thing to do; it’s in our self-interest. It makes countries more likely to work with us, and, ultimately, it makes us more secure. So we need smart, steady, principled American leadership.

Great words for the beginning of the meeting of the Special Commission on the Judgments Project, which began this month in The Hague.

In this post, I’d like to give an overview of the reasons why I think the Judgments Convention, or something like it, is so clearly in our national interest. In a later post, I hope to take a look in detail at the provisions of the Convention as they compare with current US law. For now, though, I’m going to take more of a thirty-thousand-foot view of things.

The main reason a judgments convention is in our interest is that our law already recognizes and enforces foreign money judgments in civil and commercial cases, with appropriate exceptions. By and large, we do so without regard for whether our own courts’ judgments are entitled to recognition and enforcement abroad. My own state, Massachusetts, is one of the only, if not the only, US state that makes reciprocity a necessary condition for recognizing a foreign judgment. This is the same familiar story we see in cases of service of process and taking of evidence. We give foreign litigants very easy access to judicial assistance here, without regard to whether our litigants can expect the same abroad. 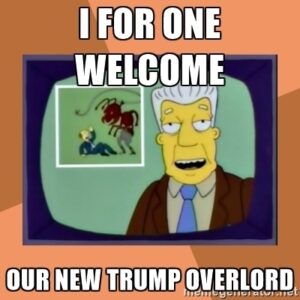 Some might look at the current state of affairs and think we’re chumps. These are the same people who look at international trade as a zero-sum game where if someone “wins” someone else “loses.” I don’t have anyone particular in mind here, of course! In fact, these sorts of law benefit us in a lot of ways. They make American courts and American law attractive to those in other countries. Thus they help us exert “soft power” around the world. They aid Americans who litigate cases abroad. And of course, even leaving self-interest aside, there is no sound reason why a party with a legitimate civil or commercial claim that has been decided abroad should not be able to enforce it here: we do not want to present ourselves to the world as a haven for judgment debtors or for people who want to duck service of process or avoid giving evidence when called to do so.

Now there are many countries where American judgments are readily recognized. Great. But everyone knows there are many countries where it is so difficult to obtain recognition of a US judgment that it is almost never worth trying. That’s very clearly a bad thing for American business and for Americans with affairs abroad. So even if you think of yourself as a hard-nosed person only interested in our own national interest who could care less about pesky foreigners—even if you don’t care that our courts have been open to foreigners since the beginning of the country—you should think very carefully about the following proposition. With a judgments convention, we can promise to do unto others what we already do, and in return, we can get a commitment from others to do unto us what they mostly haven’t done to date. #MissionAccomplished

To be sure, there are some issues to overcome. Perhaps the most obvious: Congress needs to make up its mind about whether the Choice of Courts Agreements Convention will be implemented using a “federal-only” approach or a “cooperative federalism” approach,” or something else. The same issue will arise in the Judgments Convention, and so until we figure out how we will implement COCA, it seems to me the Judgments Convention is dead on arrival in the Senate.

But even leaving Byzantine issues of federalism aside, it seems to me we need to bear in mind the downside risks of a judgments convention and to provide a mechanism, for example, to ensure that the Convention only comes into effect between the United States and another country that accedes to the Convention if the United States elects. Such a provision is not in the draft text but is on the agenda of the Special Commission. I think we also need to consider a mechanism for dealing with revolutionary political change in state parties to a judgments convention: it would be wrong to assume that a judiciary that is systematically acceptable to us today will be systematically acceptable in twenty years. And we need to make sure that the grounds for refusal of recognition and enforcement are as close as we can make them to the grounds for nonrecognition that we already employ, for example under the UFCMJRA.

The best way to do this, of course, is to have a seat at the table during negotiation of the treaty (we do) and to be a leader in signing and ratifying it.

And so, in short, we should heed what the President had to say and resolve to use all the tools of national power, including diplomacy and treaty-making, to advance the national interest in giving our judgments more oomph abroad.