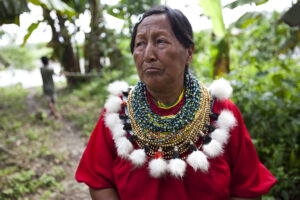 Letters Blogatory has learned that the Ecuadoran plaintiffs who obtained a judgment against Chevron in Ecuador have filed a petition against Ecuador before the Inter-American Commission on Human Rights. Here’s the scoop:

Chevron is engaged in an investment treaty arbitration against Ecuador under the US/Ecuador bilateral investment treaty. Chevron is seeking orders that would require Ecuador to suspend the enforcement of the Ecuadoran judgment, or in the alternative, to indemnify Chevron against any loss it suffers if and when it has to pay the judgment.

It seems that the plaintiffs are concerned that Ecuador may buckle under the pressure, since Ecuador would find it difficult to pay the judgment. The plaintiffs are now seeking an order from the Inter-American Commission under Article 25 of the Commission’s Rules of Procedure requiring Ecuador to take precautionary measures to prevent a violation of what they assert to be their human rights. In particular, the petition asks the Commission to request precautionary measures sufficient to assure that:

1. the Republic of Ecuador will refrain from taking any action that would contravene, undermine, or threaten the human rights of the Afectados to life, physical integrity, and health, or their rights to a fair trial in all respects, to judicial protection, to the determination of remedies for their claims and the enforcement of any remedies so determined, and to equal protection of the law without discrimination …

2. the Republic of Ecuador take all appropriate measures to affirmatively protect the Afectados’ right to life, physical integrity, health, a fair trial, judicial protection, the determination and enforcement of remedies for claims, and equal protection of the law without discrimination …

This opens up a new front in the battle between the three main players in the case: the Ecuadoran plaintiffs, Ecuador itself, and Chevron. There is an irony here. The Ecuadorans have firmly rejected the idea that the arbitral tribunal has the authority to boss Ecuador around. But they are now asking the Inter-American Commission to boss Ecuador around! Perhaps the view is that the Inter-American Commission on Human Rights has more legitimacy than the arbitral tribunal? It’s not immediately clear to me why this should be so, since in both cases Ecuador’s submission to jurisdiction arises out of its own treaty commitments.

We will keep you posted on this interesting development and will have more analysis of the petition in the coming days.