What’s Going On In The First Circuit?

I follow developments in the U.S. Court of Appeals for the First Circuit more closely than I follow any other circuit, because it’s based here in Boston, so in the latest Letters Blogatory frolic and detour post, I ask: what’s going on in the judges’ chambers? This week saw the second of two significant recent public squabbles among the judges. 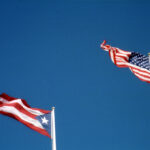 The first squabble involved a denial of en banc review in Igartúa v. United States (Igartúa IV). In Igartúa-De La Rosa v. United States (Igartúa III), 417 F.3d 145 (1st Cir. 2005) (en banc), the court had concluded, unsurprisingly, that US citizens living in Puerto Rico did not have a constitutional right to vote for President and Vice President, because under the Constitution, the fifty states choose the electors who, in turn, choose the President and Vice President:

That the franchise for choosing electors is confined to “states” cannot be “unconstitutional” because it is what the Constitution itself provides. Hence it does no good to stress how important is “the right to vote” for President. Although we recognize the loyalty, contributions, and sacrifices of those who are in common citizens of Puerto Rico and the United States, much the same could have been said about the citizens of the District of Columbia, who were voteless over a much longer period. The path to changing the Constitution lies not through the courts but through the constitutional amending process, U.S. Const. art. V; and the road to statehood—if that is what Puerto Rico’s citizens want—runs through Congress. U.S. Const. art. IV, § 3, cl. 1.

The court also rejected claims under the Universal Declaration of Human Rights, the Inter-American Democratic Charter, and the International Covenant on Civil and Political Rights. The first two, according to the court, are merely aspirational and precatory and do not give right to claims for relief, and the third is, as a matter of US law, not self-executing. Judge Torruella wrote a lengthy and passionate dissent that focused on the ICCPR, even though he seemed to agree that the treaty was not self-executing. I have to say I don’t understand the view that the court should enter a declaration in the hopes that the political branches would then carry out their responsibilities under the treaty; such a declaration seems purely advisory and maybe to run afoul of the political question doctrine. (Indeed, on the political question issue, the Puerto Rican people have not expressed a clear choice one way or the other between the three leading alternatives available to them, namely, statehood, independence, or the status quo, and one might wonder why the First Circuit should in effect make the decision for them). But anyway, that was Judge Torruella’s view.

Fast-forward a few years to Iguartúa IV, a case that brings essentially the same claim as Iguartúa III, except that it involved election of voting members of the House of Representatives. Again, the claim focused on the ICCPR. Chief Judge Lynch disposed of the claim easily on the grounds, among others, that the Constitution clearly gave only the people of the states power to elect representatives, that Puerto Rico was not a state, and that to the extent the plaintiffs wanted to argue that the ICCPR overrode these provisions, Iguartúa III controlled on the question of the non-self-executing nature of the treaty. Judge Lipez concurred on the grounds that Iguartúa III controlled, though he did not agree that Iguartúa III was rightly decided. Judge Torruella again dissented, even though he joined his colleagues “in agreeing that the U.S. Constitution does not give Puerto Rico residents the right to vote for members of the House of Representatives because Puerto Rico is not a state.” His basic point was that even if the Constitution does not give Puerto Ricans the right to elect representatives to Congress, it does not forbid the government from extending that right to them, and therefore, the government is in breach of its obligations under the ICCPR. But in addition to the issue about whether the ICCPR is self-executing, Judge Toruella’s position ignores the text of the Constitution, which provides: “The House of Representatives shall be composed of Members chosen every second Year by the People of the several States.”

On the petition for rehearing en banc, Chief Judge Lynch and Judges Boudin and Howard voted to deny rehearing on the grounds that the issues had already had en banc reconsideration in Iguartúa III, and that to the extent the law had changed since then, it had strengthened the rationale of the ealier case insofar as the Supreme Court, in Medellín v. Texas, 128 S. Ct. 1346, 1356 (2008), had cited Iguartúa III with approval on the point in question. Judge Toruella, in a strongly worded dissent, blasted his colleagues for supposedly disregarding Fed. R. App. P. 35, which provides that “an en banc hearing or rehearing is not favored and ordinarily will not be ordered unless the proceeding involves a question of exceptional importance.” In Judge Toruella’s view, the case clearly was one of exceptional importance, because it involved the civil rights of the millions of US citizens in Puerto Rico. This seems unpersuasive, though, since it seems (at least to me) that there is a difference between the importance of the consequences of a court’s decision (which in this case clearly are important) and the importance of the legal question the case presents. A really easy legal question probably is not a question of exceptional importance justifying en banc rehearing, or at least that is how I would reason if I were an appellate judge. Judges Lipez and Thompson also dissented, though more briefly.

Squabble No. 2—The Whitey Bulger Case

After the Iguartúa IV decision, there was evidently a rift on the court: Chief Judge Lynch and Judges Boudin and Howard on one side, and Judges Toruella, Lipez, and Thompson on the other. The same split occurred in last week’s denial of en banc rehearing in Donahue v. United States. As the inimitable Judge Selya put it in the panel decision, the case involve the “tawdry tale of the FBI’s corrupt collaboration with [James J. “Whitey”] Bulger and his sidekick, Stephen “the Rifleman” Flemmi”:

For decades Whitey Bulger, a key figure in organized crime circles in Boston, and the leader of a criminal syndicate known as the Winter Hill Gang, led a double life. Unbeknownst to his counterparts in crime, he served as a confidential informant for the FBI. Bulger’s underworld position made him privy to various and sundry activities of rival gangs, including the Mafia (sometimes known as La Cosa Nostra). The FBI’s ardent desire to bring the Mafia to heel led it to make a Faustian bargain: in exchange for information about Mafia activities, the FBI would protect Bulger and Flemmi and “look the other way” as the duo pursued their own felonious misadventures. This alliance spanned three decades, lasting from the late 1970s well into the 1990s.

I won’t review the case in a much detail as I just reviewed the Puerto Rico cases, but suffice it to say that the families of one of the men killed because of the FBI’s bargain with Bulger were denied relief in their claim against the government on sovereign immunity grounds because they had not timely filed the claim, and the court therefore lacked jurisdiction. On a petition for rehearing en banc, the court split the same way, with the Chief Judge and Judges Boudin and Howard voting against rehearing and Judges Toruella, Lipez, and Thompson voting in favor. This time, the rhetoric was more heated. Judge Toruella:

Some cases are of “exceptional importance” because of the potential they have to affect the lives of millions of people. See, e.g., Igartúa, et al. v. United States, No. 09-2186, __F.3d __, 2011 WL 3340120, *2 (1st Cir. Aug. 4, 2011) (Torruella, J., dissenting). Other cases are of exceptional importance because of the light they cast on our public institutions. The latter, while not always directly affecting as broad a segment of the population, are nevertheless exceptionally important by virtue of what they demonstrate about the trust that we—for better or worse—place in those institutions. This is one of those cases. Yet barely a month since a divided vote in Igartúa denied 4 million United States citizens residing in Puerto Rico review of constitutional issues of exceptional importance, this court continues this noxious pattern and once again prevents consideration by the full court of questions of exceptional importance. By this action it allows the government’s outrageous conduct to remain free of any consequence, and as in Igartúa, perpetrates a monstrous injustice on another, albeit smaller, but no less worthy, group of hapless citizens.

Under the Constitution, federal courts may not make decisions based on sympathy to parties and may not displace the judgments made by Congress in non-constitutional matters. The legal issue presented by these cases is not whether the conduct of the FBI was shameful; it was. It is not whether plaintiffs are victims of that conduct; they are.

There were many well-publicized admissions—particularly those of FBI Agent Morris whose dramatic courtroom disclosures specifically about the FBI’s role in the May 11, 1982, double murder of Halloran and Donahue were corroborated by several other witnesses—which put objectively reasonable persons on notice of these claims. Despite this, plaintiffs did not act within the required time limits to file the required claims. It is an easy step to file a claim. A majority of a panel of this court, which took these claims very seriously, concluded that the plaintiffs did not file a timely claim, in light of the arguments made and evidence presented by plaintiffs. The courts cannot assume the role of advocates and create arguments never made. Nor was there any error in the legal standards used in making that decision.

Note: readers interested in the substance of the Puerto Rico cases may also be interested in a new case raising similar issues concerning the US Virgin Islands, brought in the Virgin Islands Superior Court, which is the subject of a recent post at The Trial Warrior.